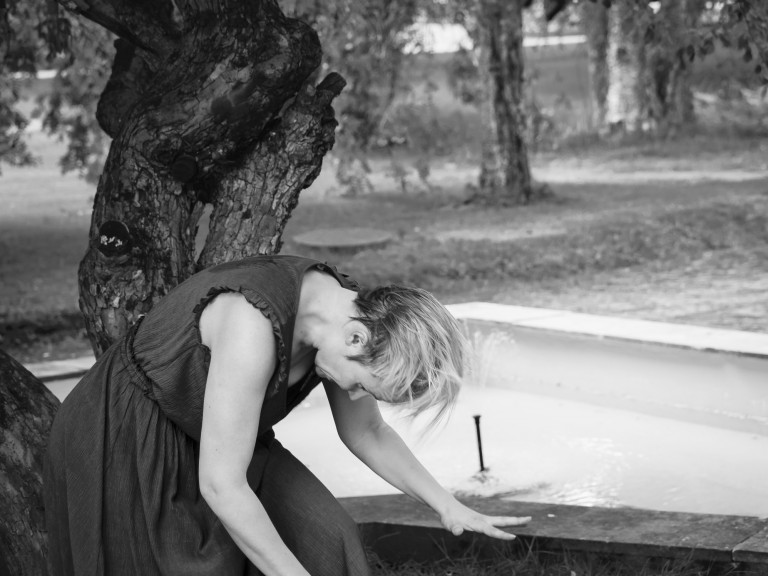 The KALLIOISTA performance by dancer-choreographer Hanna Korhonen and musician-composer Niina Hannula combines music, sound art and modern dance. The performance is an intimate and meditative collaboration between the two artists. It is a dive into the world of natural powers and peace. Exploring the sensitivities and wildnesses of these two. Movements and shapes of nature, changes of rhythm, organicity of life and how humans affect these are present in this performance both visually as well as emotionally.

Hanna Korhonen has graduated from the conversatory of Turku as a professional dancer. She also has BA and MA degrees in dance art from the Helsinki Theatre Academy. Korhonen has worked as a dance artist since 1999. Besides her freelance work she has been part of Dance Theatre Tsuumi since 2001. As a performer she has worked on over 70 different professional performances. Korhonen has done work as a choreographer for several projects too. For example for the local theatres in Kokkola, Rovaniemi and Savonlinna.

Korhonen has also applied her artistic knowledge to new and different environments. She has worked extensively with people of different ages who have issues with substances and mental health. During 2013-2016 Korhonen worked at the Pohjanmaa branch of Arts Promotion Centre Finland as a regional artist.

Currently Korhonen is working as a freelancing dance artist. Creating performing arts projects for stages as well as for different environments. On top of that she is an artistic director organising the Winterdance in Kokkola Festival along with Anne Peippo and Kati Raatikainen.

Niina Hannula is a musician, composer, lyricist and musical pedagogue. Hannula has graduated as a musical pedagogue from both Centria and Jyväskylä University of Applied Sciences. Her majors were viola and pop&jazz singing. With her work she has blurred the lines of classical music and pop&jazz, fuzing their boundaries. Hannula has composed, arranged and written lyrics for two musicals, Koirien Kalevala in 2017 and Puluboi ja Poni in 2016. She was also the creator of the multidisclipinary stage piece Kehrä which was first presented in September 2018 at the Kokkolan Kinojuhla -cinema festival. She contributed to the project by composing and writing lyrics. In all of these performances she also worked as a musician and conductor.

Hannula works as a teacher in various music schools and as a freelance musician. She also works with immigrants and people with special needs. She is currently working on her first solo album, composing for a string orchestra and working as a violist and conductor for the Kokkola city theatre as part of their musical “Sister Act”.